The Network was honoured last Friday night to host the 2017 Maitland Local Woman of the Year Presentation Dinner at local venue, The Whistler.

Surrounded by various influences within our community, Jenny Aitchison MP, Member for Maitland presented and named Ms Naomi Rees of the Maitland Neighbourhood Centre as this year’s Maitland Local Woman of the Year for her continued and tireless efforts within the community through her long efforts and works with some of the most disadvantaged within our local area.

Ms Rees was thankful for the recognition but very quick to point out a long list of people and organisations within the area that without their input, the Neighbourhood Centre and Ms Rees herself would not be able to achieve and assist others in the manner that they are able.

Also in attendance and recognised on the evening was local Michelle Viola who has been most recently recognised for her tireless and ongoing efforts in local government through her work at Dungog Council.

Congratulations to Naomi Rees and our continued thanks to those who attended and supported the event.

Have a look at some of our former Award Recipients here: Maitland Woman of the Year Awards 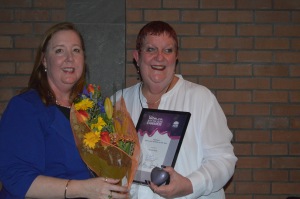 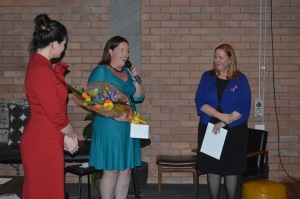